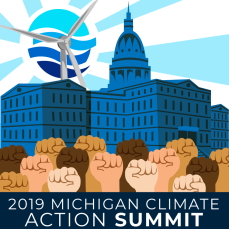 Building Power: How to Grow Our Movement

a documentary film about the Water Protectors’ 2016 call to stop an oil pipeline coming through their Indigenous homelands.

Introduction by award-winning filmmaker James Spione and panel discussion to follow in the OBTC Great Room 101 at Kaplan Hall, Newburgh.

Earthwork Harvest Gathering is an inspirational, annual gathering of creative people celebrating social, environmental, civic and spirit driven justice. As part of an incredible line up of musical, collectivity and collaboration, Rachel made the following offerings: 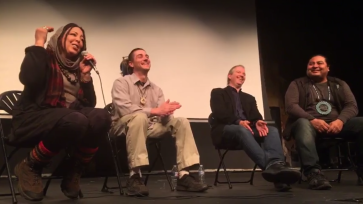 This is the first event of a 3 year program to celebrate Victoria Woodhull: Phoenix Rising. 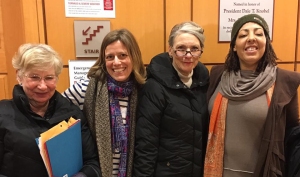 Rachel joined Lee Sprague and several other people on a panel discussion in the Barn, to discuss decolonization Lee facilitated a continuation at Maddy’s Circle.

Awake- A Dream from Standing Rock

This event provides an opportunity to learn, discuss, and create future collaborations around environment and water and social justice issues for Native American communities, locally and beyond. Guest speakers Chief Dwaine Perry of the local Ramapough Lunaape Nation and Rachel Marco-Havens (Community Organizer) will share their knowledge and perspectives on the struggles to protect water and stop gas pipelines in Ringwood, New Jersey, and the Dakotas, and suggest ways to participate in their struggles to protect water as indigenous peoples or as allies.

and via Livestream — where we explored the intersections of spirituality and politics. Marianne, Senator Bernie Sanders, and a host of experts speaking on the most critical spiritual and political issues of our day.

It was an honor to join Karenna Gore and an incredible line-up of change makers. Center For Earth Ethics shared my contribution watch it HERE.

The Hudson: A River At Risk – Rosendale Theatre

Jon Bowermaster, Manna Jo Greene, the Environmental Action Director of Hudson River Sloop Clearwater, Rachel Marco-Havens joins and other community activists for a post-screening discussion of  the film series, The Hudson: A River at Risk at the Rosendale Theater 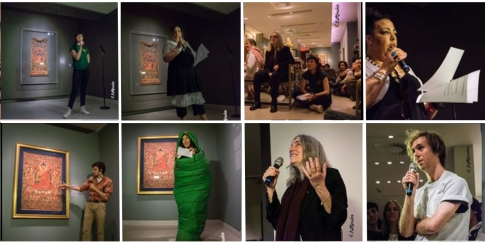 THE RUBIN MUSEUM OF ART

This month we have three guests, Emily James, Shane Butler, and Rachel Marco-Havens (Patti Smith and Mr. Patrick shared on this evening as well). Enjoy story telling by Talkingstick founders, Master Lee and Mr. Patrick, and educated explanations of the chosen works by the Rubin Museum’s tour guides. Hope to see you there! 8:30pm, and as always, meet in the lobby at the bottom of the stairs! 🙂

Some photos can be seen HERE.